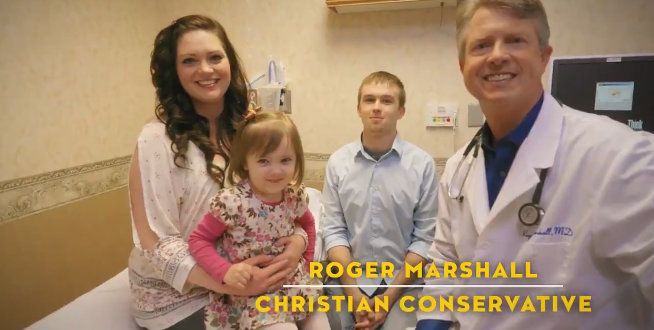 KANSAS: GOP Rep To Challenge Kobach For US Senate

Western Kansas’ congressman launched a Senate campaign on Saturday, pitching himself to fellow Republicans as a pragmatic conservative who can keep the seat in GOP hands by thwarting immigration hardliner Kris Kobach’s bid for the party’s nomination.

Two-term Rep. Roger Marshall entered the race facing some skepticism from the right despite his anti-abortion and gun-rights views and a consistent record of voting with President Donald Trump. Marshall ended June with $1.4 million in campaign funds, giving him a jump on fundraising.

Many Republicans fear a repeat of last year, when Kobach narrowly won a crowded GOP primary only to lose the governor’s race to Democrat Laura Kelly. Some prominent Republicans have been nudging Mike Pompeo to jump in, though Marshall said Pompeo was “encouraging” about Marshall’s candidacy when they spoke a few weeks ago.

I’m running to represent Kansans in the U.S. Senate. I’d be honored by your support.