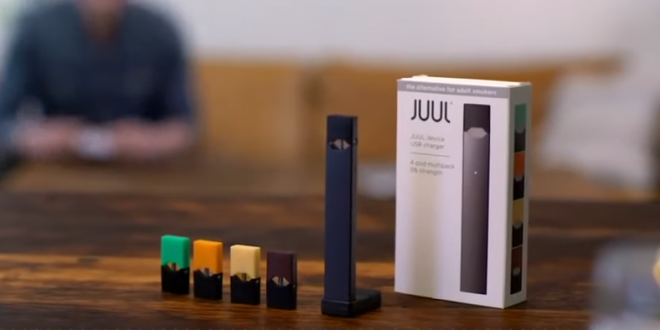 Juul Shakeup: CEO Out, Merger Off, All Ads Canceled

Kevin Burns has resigned as Juul’s CEO and will be replaced by former Altria executive K.C. Crosthwaite, the e-cigarette company announced Wednesday. Altria invested $12.8 billion for a 35% stake in Juul late last year, placing a huge bet on the embattled vaping company. Tobacco giant Altria’s shares are down nearly 18% this year.

The company on Wednesday announced it will suspend all broadcast, print and digital product advertising in the U.S. It will not lobby the Trump administration on its impending policy to remove flavored e-cigarettes from the market and will comply with the final policy when effective.

Previous Fox & Friends Host: There Are A “Few Words” In The Ukraine Transcript That Will “Raise Eyebrows” [VIDEO]
Next Warren +2 Over Biden In New National Quinnipiac Poll