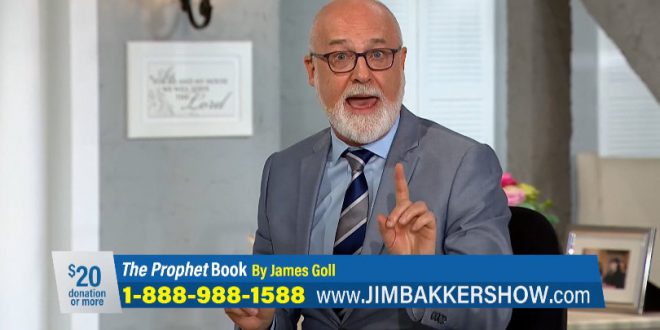 James Goll, a self-proclaimed prophet and intercessor, appeared on The Jim Bakker Show today, where he suggested that God had recently told him that he is allowing Ruth Bader Ginsburg to remain on the Supreme Court in order to give her “time to repent” and “come to the Lord.”

“Will [Trump] be re-elected? It is, I believe, the Father’s will, but we must align with the Father’s choice,” Goll said. “I know who is supposed to resign. The Holy Spirit spoke to me that if this justice—he is going to give this particular justice time to repent. I know who it is, he told me by name.”

“I’m not going to say the name of the person. I think you can figure it out. He told me he was going to give time for this particular justice to repent, to come to the Lord. If they don’t, they will be removed.”