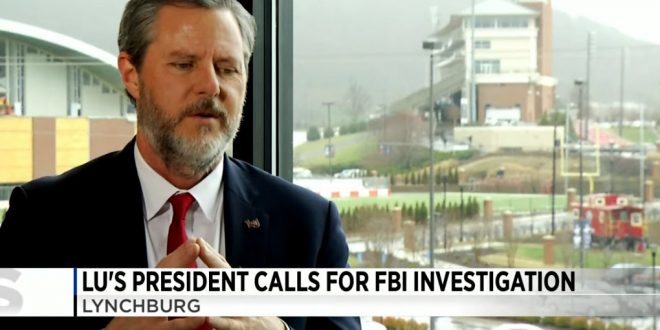 Jerry Falwell: If The FBI Doesn’t Want To Prosecute My Accusers, I’ll Still “Expose” Them With A Civil Lawsuit

Charisma News, the site best known here for its anti-witchcraft tutorials, its claim that the lifespan of gays is shortened by 20 years, its warning that burning breakfast eggs can summon demons, and its declaration that yoga is white witchcraft, is today quite naturally the place where Jerry Falwell turns to make his case against his accusers.

“We have nothing to hide. That’s why I felt I had no choice but to call the FBI, because these people are just bitter and angry. Liberty did struggle for years financially, and these people came in a with a plan to try to push me out—we have emails to prove it — and to take over, thinking that we would need their financial help.

“Turns out we pulled ourselves up by our own bootstraps, never needed help from anybody after my father died, and they just couldn’t handle that. They were always looking for ways to enrich themselves personally. And I always shut them down.

“So we have no choice. But if the FBI decides they don’t want to prosecute—but I think they might—we have a civil action plan. We have a fiduciary responsibility to the school to do what’s in the best interest of the school and expose these folks.”

Yesterday Falwell declared that he had hired the “meanest lawyer in New York” – a warning that many took to mean that he has hired a Jewish lawyer, something he probably thinks strikes fear into most evangelicals.