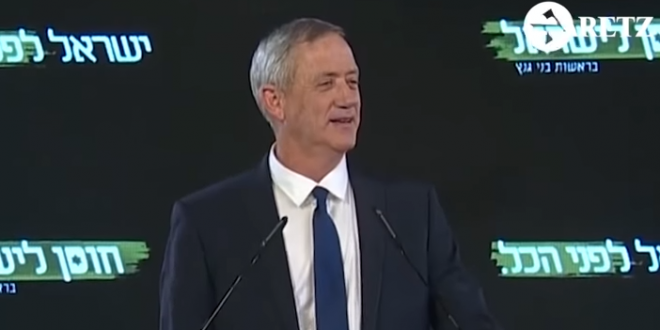 With 98 percent of the vote counted in Israel’s election, Kahol Lavan grew by one seat to 33, widening its edge over Prime Minister Benjamin Netanyahu’s Likud Party.

The results give the center-left a slight advantage of 57 seats, compared to 55 seats for the right-wing bloc. Likud has 31 seats, two less than Kahol Lavan.

Gantz also declared victory in the April election but this time it seems more likely that it will stick.

Previous Pentagon Admits 2017 UFO Videos Are Authentic
Next Matt Drudge: The Nomination Is Warren’s To Lose