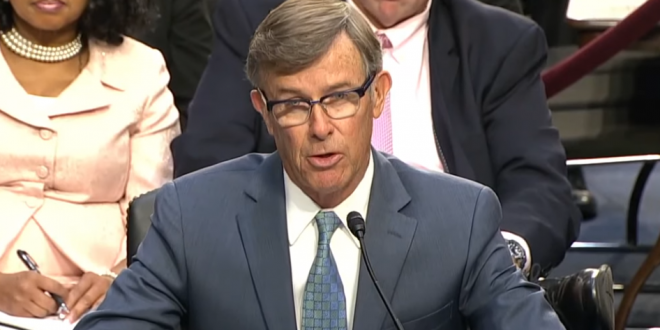 Intel Chief Vowed To Quit If Told To Stonewall Congress

The acting Director of National Intelligence threatened to resign over concerns that the White House might attempt to force him to stonewall Congress when he testifies Thursday about an explosive whistleblower complaint about the president, according to current and former U.S. officials familiar with the matter. The revelation reflects the extraordinary tensions between the White House and the nation’s highest-ranking intelligence official over a matter that has triggered impeachment proceedings against President Trump.

The officials said that Joseph Maguire, who was thrust into the top intelligence post last month, warned the White House that he was not willing to withhold information from Congress, where he is scheduled to testify in open and closed hearings on Thursday. The move was in part designed to force the White House to make an explicit legal decision on whether it was going to assert executive privilege over the whistleblower complaint, which centers on a call that Trump made with the leader of Ukraine in late July.