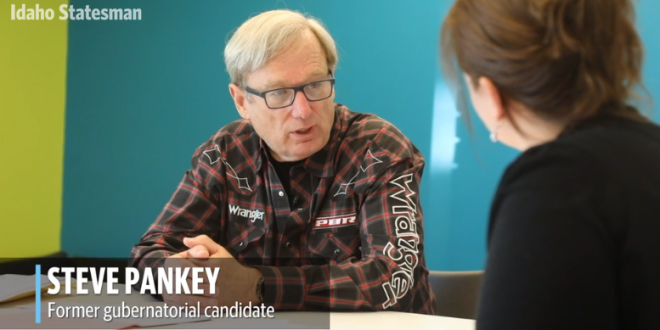 A former candidate for Idaho governor says he is under investigation in the cold-case killing of a 12-year-old girl in Colorado 35 years ago. Authorities last week searched the Twin Falls home of 68-year-old Steve Pankey, serving him a warrant that said investigators had probable cause to believe he kidnapped and killed Jonelle Matthews in 1984.

Jonelle was reported missing from her home in Greeley, north of Denver, on Dec. 20, 1984, after returning from performing a Christmas concert with her classmates, according to the Denver Post. At the time, Pankey and his former wife lived about 2 miles away.

Pankey, a 2014 Constitution Party candidate for governor who also ran in the 2018 Republican primary, disclosed the investigation this week in interviews with the Idaho Statesman. The search, Pankey said, came about a month after he gave police a DNA sample.

Pankey finished fifth in last year’s GOP gubernatorial primary. His still-active campaign site vows that he would support “President Trump’s nationalist policies” and touts his “traditional core values with a Biblical perspective.” Hit the top link for more about the case.

Previous Jerry Falwell: If The FBI Doesn’t Want To Prosecute My Accusers, I’ll Still “Expose” Them With A Civil Lawsuit
Next Appeals Court Revives Seth Rich Suit Against Fox News