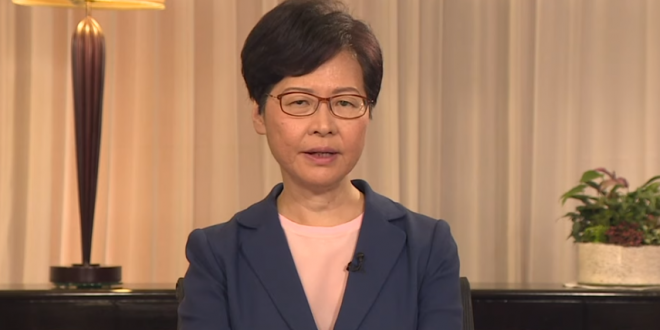 Carrie Lam, Hong Kong’s chief executive, said on Wednesday that she was withdrawing a contentious extradition bill that set off months of protests in the city, moving to quell the worst political crisis since the former British colony returned to Chinese control 22 years ago.

The move eliminates the major objection among protesters, but it was unclear if it would be enough to bring an end to intensifying demonstrations, which are now driven by multiple grievances with the government.

Mrs. Lam suspended the bill in June and later said that it was “dead,” but demonstrators have long been suspicious of her government’s refusal to formally withdraw the bill and feared it could be revived at a later date.

Many in Hong Kong say withdrawing an extradition bill that sparked months of protests is “too little, too late.”

We must be cautious. Now, Carrie Lam could use the bill’s withdrawal as a pretext to frame protesters as perpetrators of violence. As the bill is withdrawn, the logic goes, then any ongoing protests must be serving ulterior motives, #HongKong independence or a color revolution.

#BREAKING: In a video message, Finally, #HongKong leader #CarrieLam has back down and announces the formal withdrawal of the #extraditionbill after almost three months of #HongKongProtests, but still refused to set up an independent inquiry into alleged #policebrutality pic.twitter.com/cKAtLPPfgu