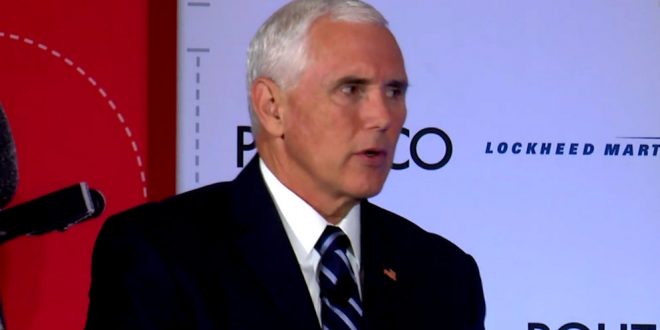 Chasten Buttigieg, the husband of 2020 presidential candidate Pete Buttigieg, fired back at a White House aide who argued Vice President Pence couldn’t be “anti-gay” because he was having lunch with the openly gay leader of Ireland.

As governor of Indiana, Pence signed a religious freedom law that was criticized as a pathway to legal anti-LGBTQ discrimination. As a member of Congress, Pence supported a constitutional amendment against same-sex marriage.

Judd Deere’s tweet was met with thousands of responses from social media users who criticized the suggestion that dining with Varadkar meant Pence was not anti-LGBT.

Deere is a proud homocon, of course.

I’ve sat at tables with people who would gladly deny me the right to marry, who openly support conversion therapy, and who adamantly believe being gay is a choice. Doesn’t mean they’re any less homophobic because we shared a meal. https://t.co/cECWvnFUUV

Here for the ratio! And to make sure you’re aware that this is a trash tweet defending a person responsible for gay men dying from AIDS an causing an HIV outbreak in Indiana because of his hate. Shame on you. And yeah, I know you’re shameless.

The saddest part about this tweet is that you’re serious. Yes, he’s the most anti-gay politician in America no matter who he fucking has lunch with. And you thinking having lunch with a gay couple erases a lifetime of homophobia/hatred is pitiful.

Mike Pence isn’t anti-gay, he just didn’t think same-sex couples should have the right to visit their dying partner in the hospital.

Yeah, where would anyone get the idea that Mike Pence is anti-gay?

Other than his lifelong career of supporting discrimination against LGBT folks?

I point you, Judd, to everything he’s basically every done. https://t.co/Ktd7N2gVQZ

Previous VIRAL VIDEO: Florida Man Has Plan To Fight Hurricanes
Next Roy Moore: Muslims Should Be Expelled From Congress Because America Is Founded On God’s Holy Scriptures