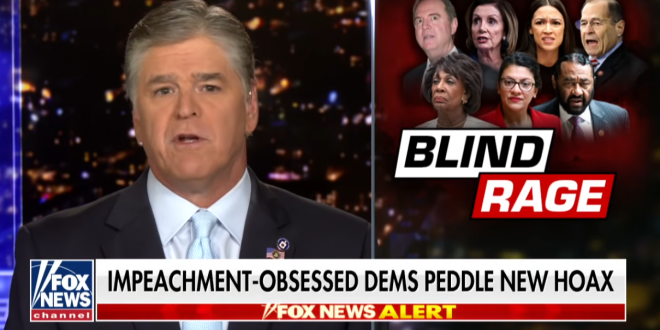 Sean Hannity: The Whistleblower Is A “Partisan Hack”

“Now after the impeachment announcement, the transcript has, in fact, been — released. This is after they said they would impeach him over what they didn’t know was in it. No quid pro quo, no discussion of U.S. aid, no misconduct at all whatsoever. Zero, zip, nada, nothing.

“And according to reports, the so-called whistleblower is a partisan hack whose claims are politically motivated, total BS.” – Sean Hannity, on last night’s show. At this writing, the identity of the whistleblower is unknown.