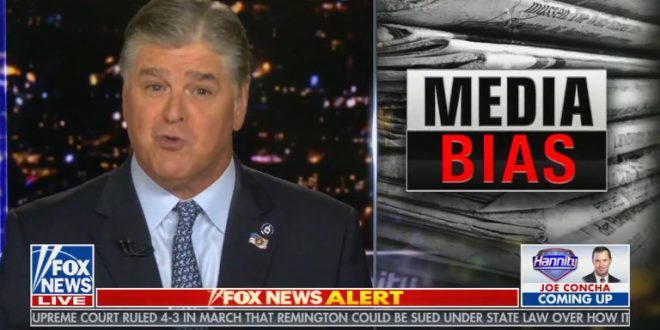 “Before we get to our guests, let me address one glaring example of fake news media bias. Pretty much every newsroom in America screwed this up and lied to you by accusing the president of lying. Now the president issued this Tweet – oh look at that, that’s from, I think, August 29th and 30th proving the president, what he said about the earlier models about Hurricane Dorian, that it might hit Alabama is true.

“But if you watch the media mob, you would think the president was lying, as they always do. Just another absurd example of Trump derangement syndrome. Take a look. Well it’s right there. A lot of psychotic jackasses in the media mob. I’m sure we’ll get their apology, that will be forthcoming. Wish I had time to name every name.” – Sean Hannity, whose own network broadcast multiple denouncements of Trump’s fake map.

In order to defend the president’s comments about Dorian and Alabama, you need to lie about what he said. And that’s what Sean Hannity did last night. https://t.co/e0mMFQyF8a