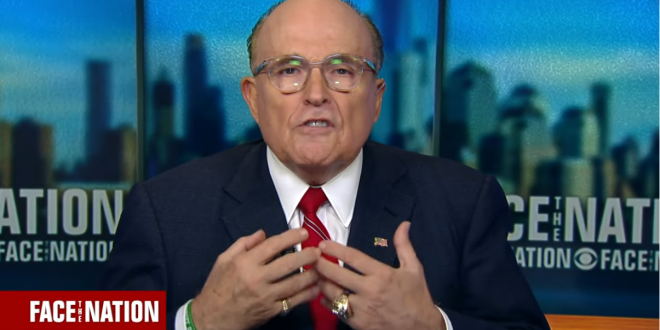 Guiliani: Mike Pompeo Knew I Was Talking To Ukraine

President Trump’s personal attorney, Rudy Giuliani, said on Sunday that Secretary of State Mike Pompeo had told him he was aware of his unorthodox diplomatic campaign to pressure Ukraine’s government to dig up political dirt on former Vice President Joe Biden and his son, Hunter.

“I did not do this on my own. I did it at the request of the State Department and I have all of the text messages to prove it. And I also have a thank you from them from doing a good job,” Giuliani said on “Face the Nation.” “When I talked to the secretary last week, he said he was aware of it.”

Giuliani said he believes there are “many people” at the State Department who were concerned about Volker’s involvement in his outreach to Ukraine. He said officials are trying to distance themselves from his effort. “The State Department is running away from me,” he added.