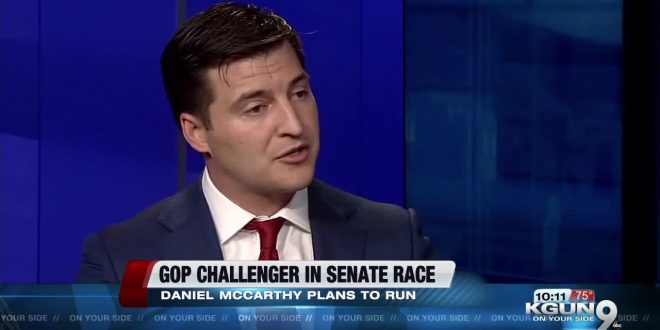 Donald Trump wants to build the wall. A wannabe-Donald Trump in Arizona wants to annex Mexico. Ahead of a general election where the Grand Canyon State could be a bit of a problem for the president, the wealthy owner of a cosmetics company, Daniel McCarthy, is challenging incumbent Sen. Martha McSally in the Republican primary.

Annexation hasn’t been a winning political idea since the age of American imperialism in the early 20th century, but the McCarthy campaign told Real Clear Politics on Wednesday that the candidate is serious about the proposal, which he sees as an extension of President Trump’s America First immigration policy.

The above-linked piece notes that former Interior Sec. Ryan Zinke effectively called for annexing parts of Mexico when he said the US would not “cede the Rio Grande” and would therefore build the wall on Mexico’s side of the river. Zinke, of course, soon after became yet another Trump official to self-destruct.