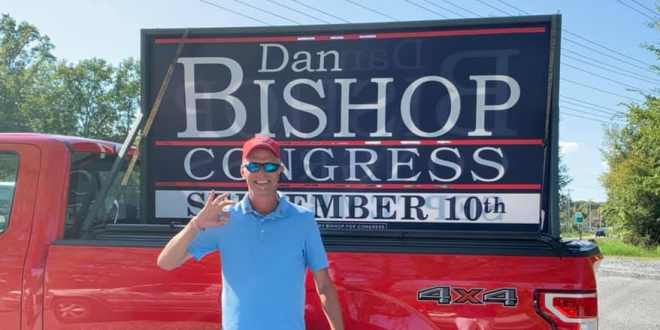 The campaign of North Carolina Republican congressional candidate Dan Bishop has associated with a far-right activist with a history of bigoted rhetoric who has defended the Proud Boys, a controversial neo-fascist outfit. Bishop, a state senator who authored North Carolina’s anti-transgender “bathroom bill,” is competing in Tuesday’s special election in the state’s 9th district.

The activist, Brian Talbert (photo above), runs a local organization called Deplorable Pride, a right-wing group that bills itself as a “conservative LGBT voice.” (Talbert said in a video posted this year that he is “against transgenders in the military.”)

In June 2017, Talbert, who is gay, made national news when the board of Charlotte’s annual Pride celebration rejected his group’s application to enter a float in its parade, referring to a precedent of rejecting “participation from…organizations espousing anti-LGBTQ religious or public policy stances.”

As you’ll see when you read the full story, Talbert has reportedly called for Muslims to be “wiped off the earth.” Mother Jones has multiple receipts for Talbert’s meetings with and rallies for Bishop.

At the Deplorable Pride Facebook page, you’ll see that the group is a full-on civil war with fellow homocon nutjob Peter Boykin, the founder of Gays For Trump whose husband was filmed assaulting a protester at a Trump rally. 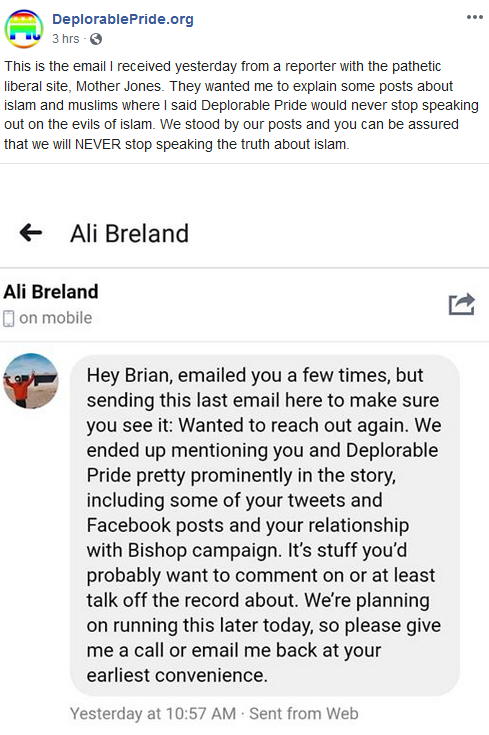 VIDEO: That’s Talbert screaming “traitor!” at a protester at his Deplorable Pride rally outside the White House in July.