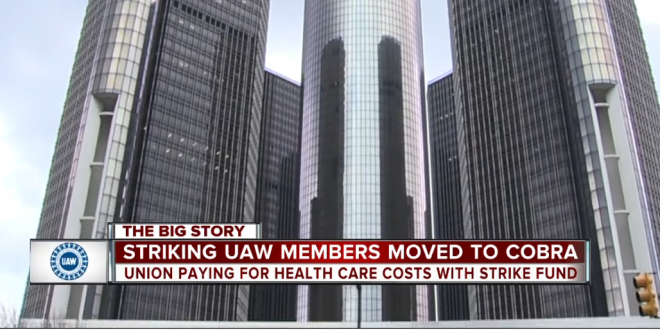 General Motors is no longer paying the health care costs for the tens of thousands of auto workers who went on strike on Monday, shifting the costs instead to a union fund. More than 49,000 union workers walked off their jobs on Sunday night, starting a nationwide strike at General Motors. As negotiations enter their third day on Wednesday, the health coverage for striking workers will no longer be covered by GM.

Mary Kay Henry, the president of the Service Employees International Union which represents more than 2 million members slammed the news in a statement, calling it “heartless and unconscionable.” In a statement to ABC News, GM expressed sympathy that “strikes can be difficult and disruptive to families.” Union members are calling for higher wages, retention of a health insurance plan in which workers pay about 4% of the costs, and an improved pension plan.