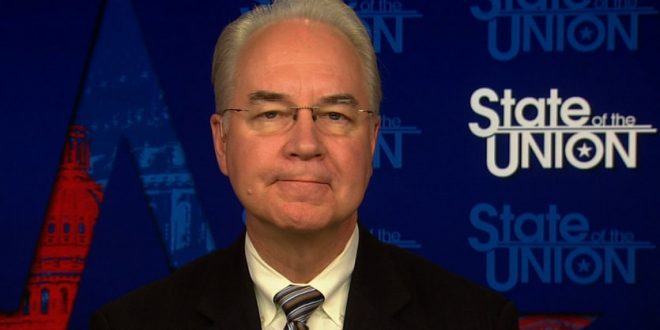 Former Health Secretary Tom Price entered the sweepstakes to be Georgia’s next U.S. Senator by submitting his resume with Gov. Brian Kemp’s office for the soon-to-be-vacated seat held by Johnny Isakson.

Price, a former six-term congressman, confirmed to the AJC that he applied, making him the latest high-profile figure to formally seek the spot. Other applicants include U.S. Rep. Doug Collins and Public Service Commissioner Tim Echols – and many more are expected to join them.

The Roswell orthopedic surgeon resigned from his Cabinet post in September 2017 after racking up at least $1 million in travel on private and military jets, a string of taxpayer-funded expenses that drew bipartisan condemnation and infuriated President Donald Trump.