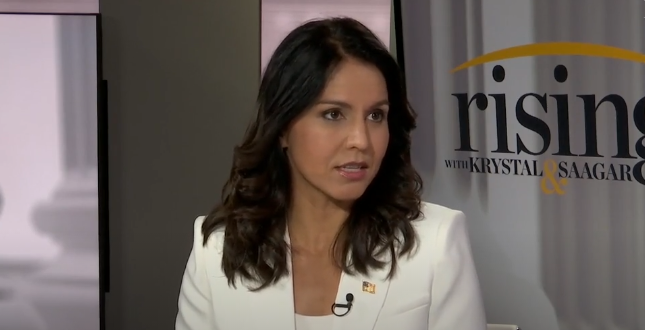 “Most people reading through that transcript are not going to find that extremely compelling cause to throw out a president that won an election in 2016,” the Democratic presidential candidate said during an appearance on “Rising.”

The Hawaii representative maintained that impeachment will only deepen the “hyperpartisan divides,” and argued that most people will only see it as another politically-motivated move by Democrats to oust Trump.