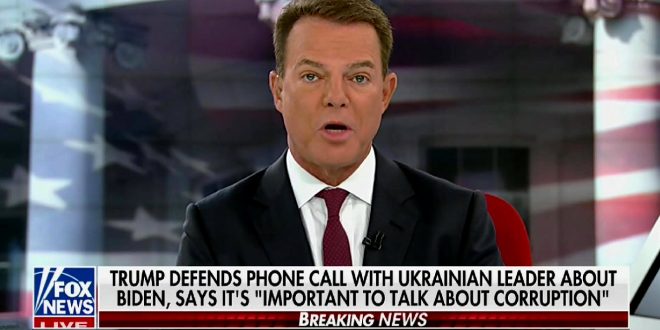 Fox’s Shep Smith: No Evidence Biden Did Any Wrong

“The real issue here is a phone call. The claim that the president pressured a foreign leader to investigate of political rival and the failure to pass the whistleblower complaint to Congress. There is no known evidence that Joe Biden did anything wrong.

“The whole thing involved corruption in the Ukraine. A corrupt prosecutor who much of the world was pressuring the Ukraine to remove. Earlier this year the Ukrainian officials said there was no evidence of any wrongdoing by Joe Biden or his son, Hunter.

“Now, among Democrats, the pressure to impeach this president is building. The top Democrat in Congress, the House Speaker Nancy Pelosi, is warning the White House that refusal to hand over the whistleblower complaint could be a ‘grave new chapter of lawlessness’ by the White House and wrote that it could lead to a whole new stage of investigation.” – Fox News host Shep Smith, who will surely soon be the target of more rage-tweeting.