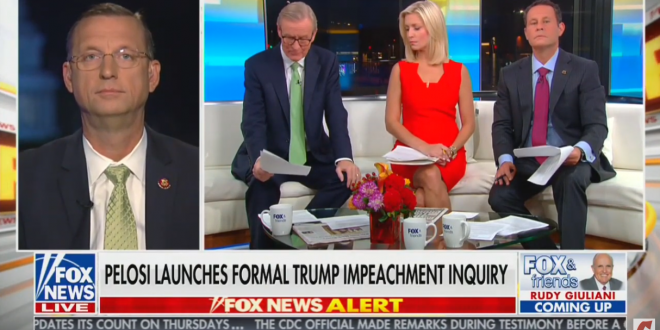 Fox & Friends Host: There Are A “Few Words” In The Ukraine Transcript That Will “Raise Eyebrows” [VIDEO]

Fox News appears to be doing damage control for the White House even before any new information on the Trump/Ukraine scandal is released. On Wednesday morning, Fox & Friends spoke to Republican Congressman Doug Collins, who went on the attack against Democrats.