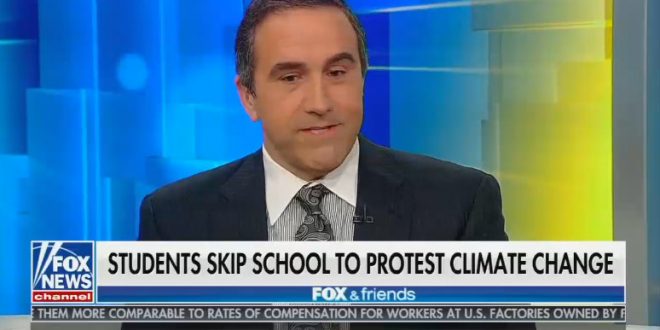 “She sells fear. It worked in Sweden, it’s working in Europe and now it’s coming to the U.S., the message of fear sells. There are reports now in Europe where kids are getting anti-anxiety medication. They believe they are going to die. It’s the Greta effect.

“She is causing and instilling fear in millions of kids around the world and actually has them believing that government can legislate our climate. In other words if we pass the Green New Deal in America these kids can all go back to school.” – Fox & Friends guest Marc Marona, this morning.

A former employee of Rush Limbaugh, Morano is the founder of ClimateDepot.com, which is funded by a right wing anti-climate group.

Previous Former Gov. William Weld: Trump Committed Treason, Pure And Simple, Cart Him Off To Save Us All [VIDEO]
Next Glorious Leader Rants: I Didn’t Do It, But Joe Biden Did