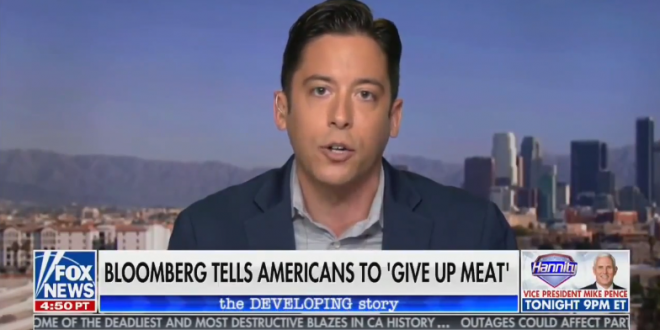 Fox News apologized to 16-year-old climate activist Greta Thunberg on Monday after a conservative pundit called her a “mentally ill Swedish child”. Thunberg, who has Asperger’s syndrome, delivered a powerful speech at the United Nations earlier in the day about the impact of climate change on her generation. The speech was then the subject of a segment on Fox News’s The Story, featuring reaction from conservative writer and The Daily Wire host Michael Knowles and progressive podcast host Chris Hahn.

“The climate hysteria movement is not about science,” Knowles said. “If it were about science, it would be led by scientists, rather than by politicians and a mentally ill Swedish child who is being exploited by her parents and by the international left.” Fox News apologized for the comments on Monday night and said the network had “no plans” for Knowles to appear as a guest on future shows. In addition to on-air appearances, Knowles writes opinion articles on FoxNews.com.

Knowles first appeared on JMG in 2017 when Trump praised his book, Reasons To Vote For Democrats, which is nothing but blank pages.

“Maybe on your podcast you get away with saying whatever you want because no one is listening.” 🤣#HowDareYou pic.twitter.com/q3WmvXMnYh

Fox News statement: “The comment made by Michael Knowles who was a guest on The Story tonight was disgraceful – we apologize to Greta Thunberg and to our viewers.”https://t.co/xntmck7flY https://t.co/UEx056C2el

In addition to condemning his comments about Greta Thunberg as “disgraceful,” Fox News told me that it has “no plans” to book Michael Knowles again as a guest.

Fox News—far from a moral authority—called Michael Knowles’ comments in this segment “disgraceful” and said they won’t book him again.

Ann Coulter, on the other hand, thought it was “SPECTACULAR!!!!” pic.twitter.com/0oJ8avRS0W

Michael Knowles looks like a can of Axe Body Spray got its wish to become a real boy.

Michael Knowles is like if fascism fucked a white wine spritzer.

reminder that michael knowles only has his career as a right-wing grifter because president trump endorsed his book full of blank pages after watching a fox & friends segment about it https://t.co/919KxG9wJx