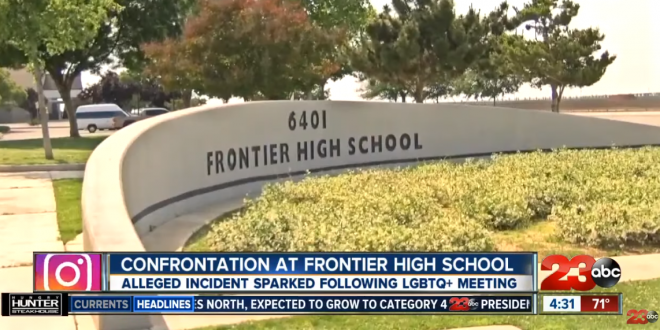 A high school in Bakersfield, Calif., is investigating an alleged incident of harassment against students who participated in a meeting of an LGBTQ club. According to multiple social media posts, students from Frontier High School were confronted and bullied at the first meeting of the Gay Straight Alliance (GSA) in the school year. After the meeting, which happened Wednesday, students from the Future Farmers of America barged in, carrying MAGA flags, shouting slurs and following them to the parking lot.

One of the students accused of harassing the GSA members, identified only as Matthew, told 23ABC News that he and his friends weren’t looking for any trouble, and they just joined the meeting out of curiosity. He claims the FFA wasn’t involved. “It wasn’t just us saying stuff to them and it wasn’t just them saying stuff to us. We were all screaming at each other,” said Matthew, who was suspended, with some of his friends, for harassment, intimidation and sexual harassment.

They weren’t looking for trouble, they just happened to crash the meeting with their MAGA banners, one of which can be seen in the clip below.