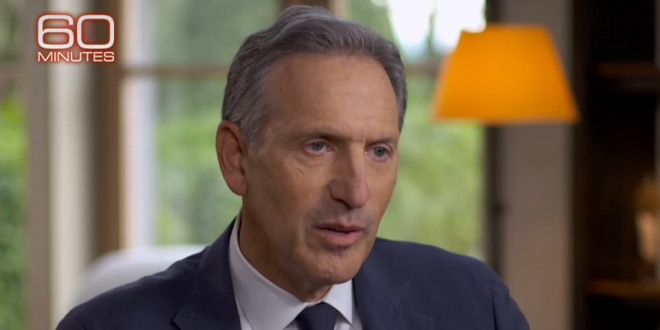 Former Starbucks CEO Howard Schultz, who put his independent presidential exploration on hold in June, will tell supporters later this morning that he’s abandoning his campaign but still plans to spend big “to fix our broken system.”

Why it matters: Schultz — a billionaire who planned to spend north of $100 million on 2020 — now will direct that same amount, over a longer time, toward innovative efforts to reduce inequality and promote political reform.

Between the lines: Schultz, 66, didn’t want to be a spoiler if Joe Biden becomes the nominee, and calculated that he’d have to begin locking down ballot access before the Democratic race is settled.

I’d honestly forgotten he was even running.

Previous WH Official: It Was Trump Himself Who Drew On Map
Next Dorian Batters North Carolina’s Outer Banks As Cat 1