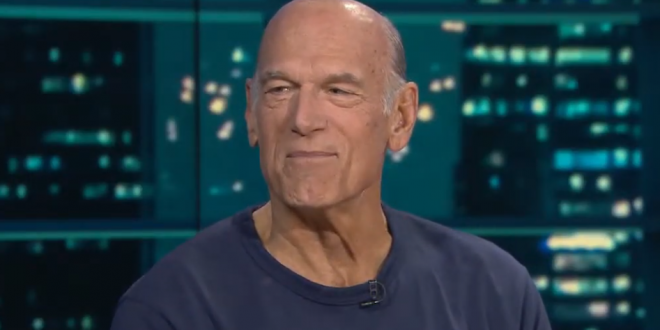 Former Minnesota Gov. Jesse Ventura hinted in an interview over the weekend on a possible run for president in 2020. Speaking Saturday on “The Issue Is,” the 68-year-old author and TV show host said that if he were to join the race for the White House, he’d wait until the pool of candidates narrowed.

“I may be doing things behind the scenes right now,” Ventura said, with a wink to the host. “You gotta wait for it to get down to two, then you come in if you’re going to come in.” Later in the interview, he said that voters must elect an independent president in 2020. If not, the country will continue to grow more politically polarized, he predicted.

Last year, TMZ reported that Ventura was considering a run in 2020, possibly on the Green Party ticket. He told reporters then that President Donald Trump wouldn’t stand a chance against him. Ventura was Minnesota’s independent governor from 1999 to 2003.

Back in 2011, Ventura pondered running for vice president on a Libertarian Party ticket if it were headed by Ron Paul, who ended up unsuccessful in his third attempt at the GOP nomination.