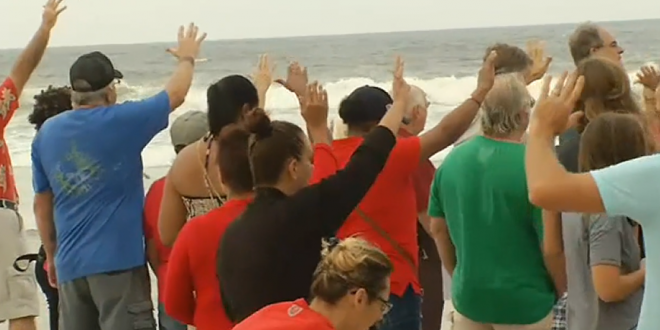 Using the power of prayer, a congregation gathered at the Jacksonville Beach Pier to keep Dorian away from Jacksonville, and tell the storm to “calm down.” “We’re coming out here as group of believers like we did 2 years ago for Hurricane Irma,” Mary Paker said. “We came and got in a circle and prayed and we sang.”

News4Jax was there in 2017 when the group gathered at the same time, in the same place. The prayer service was complete with hymns and Bible passages. “We felt like we (made) a difference,” Parker said. “We were overcome by social media response and what others do in their own town and beaches.”

Hurricane Irma killed 84 Floridians and caused $50 billion in damage. There’s your proof of the power of prayer. Again.