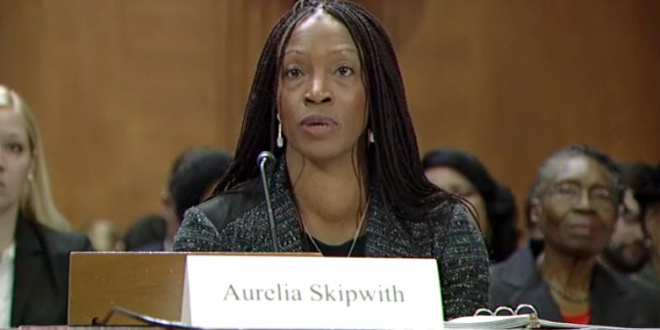 It just never ends, does it?

Donald Trump’s nominee to lead the US Fish and Wildlife Service has links to powerful agricultural interests opposed to protections for endangered species she would oversee, the Guardian has learned. Aurelia Skipwith, who is already a top official at the interior department, formerly worked at the agrochemical giant Monsanto.

New revelations show she also has ties to the Westlands Water District, a political powerhouse with a history of chafing against Endangered Species Act regulations that can interfere with farmers’ demands for water in California. Yet a Senate committee approved Skipwith’s nomination Wednesday in a party-line vote of 11-10.

Jayson O’Neill, the deputy director of Western Values Project, a public lands watchdog group based in Montana, claimed that Skipwith’s resumé – she is a lawyer with a master’s degree in genetics – shows she is unqualified. He said David Bernhardt, Trump’s interior secretary, is hiring her for her “deep ties to the swamp and special interests”.

Previous Intel Chief Contradicts Trump On Whistleblower: He Acted In Good Faith And Did The Right Thing [VIDEO]
Next Lewandowski Likely To Lead Trump Impeachment Team