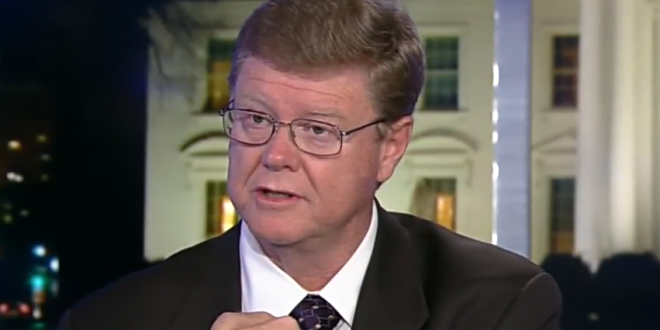 Rep. Mark Amodei supports the House’s inquiry into whether President Donald Trump should be impeached, but is withholding judgment on whether Trump has crossed the legal line.

“Let’s put it through the process and see what happens,” Amodei, the only Republican in the state’s congressional delegation, said on a call Friday with reporters, adding that he believes Congress is justified to look into the matter. “I’m a big fan of oversight, so let’s let the committees get to work and see where it goes,” he added.

“Using government agencies to, if it’s proven, to put your finger on the scale of an election, I don’t think that’s right,” he continued. “If it turns out that it’s something along those lines, then there’s a problem.”

The first Republican House member has announced support for the impeachment inquiry against President Trump: Representative Mark Amodei of Nevada

UPDATE: Via press release from Amodei.

“I held a 40 minute telephone press conference today with Nevada media outlets to respond to their questions about the impeachment inquiry made by Speaker Pelosi earlier this week,” said Congressman Amodei. “Following that call, Nevada Independent reporter Humberto Sanchez released an article. The first paragraph of Mr. Sanchez’s article reads: ‘Rep. Mark Amodei supports the House’s inquiry into whether President Donald Trump should be impeached, but is withholding judgment on whether Trump has crossed the legal line.’”

“This is absolutely an accurate statement in the sense that the House and Senate have both unanimously supported the resolution expressing the sense of Congress that the whistleblower complaint received on August 12, 2019, by the Inspector General of the Intelligence Community, should be transmitted immediately to the Select Committee on Intelligence of the Senate and the Permanent Select Committee on Intelligence of the House of Representatives. It is also accurate that the White House supports this same resolution. In no way, shape, or form, did I indicate support for impeachment.”