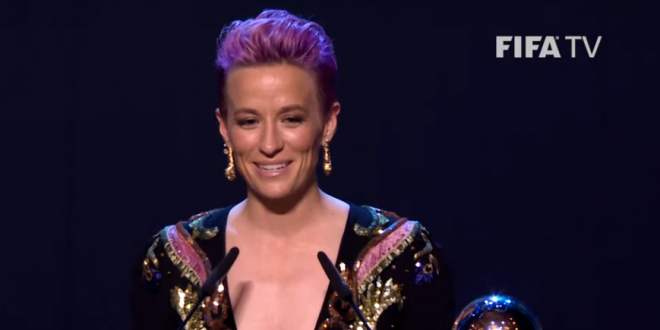 Know your audience. Megan Rapinoe has always had an uncanny ability to pick the right tone and the right words when she speaks in public, and she did it again on Monday in Milan as she received the FIFA award for the women’s world player of the year.

On this occasion, Rapinoe realized that the audience she had before her at La Scala included many of the most famous athletes in the world, the majority of whom had never heard her speak in person before.

It’s really quite something, Rapinoe’s poise. She can have it when she’s downing glasses of Champagne, dropping F-bombs and energizing hundreds of thousands at a New York City ticker-tape parade. Or she can have it while wearing a gorgeous black-velour designer dress and speaking about deadly serious topics from the stage at the world’s most famous opera house.