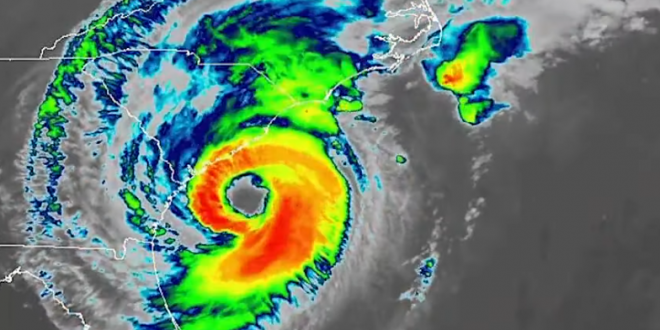 As Hurricane Dorian continues moving up the southeastern US coast, South Carolina was feeling its effects Thursday morning. The storm had lost some of its strength after hitting the Bahamas. But it intensified again into a Category 3 storm Wednesday night, with maximum sustained winds of 115 mph, according to the National Hurricane Center.

Dorian is expected to continue moving closer to the coast of South Carolina throughout the day and then along or over the coast of North Carolina Thursday night into Friday, the National Hurricane Center said.

Hurricane Dorian, back to a Category 3 storm, began raking the Southeast U.S. seaboard early Thursday and left tens of thousands without power as it threatened to inundate low-lying coasts from Georgia to Virginia.https://t.co/I8VhMQbTnW