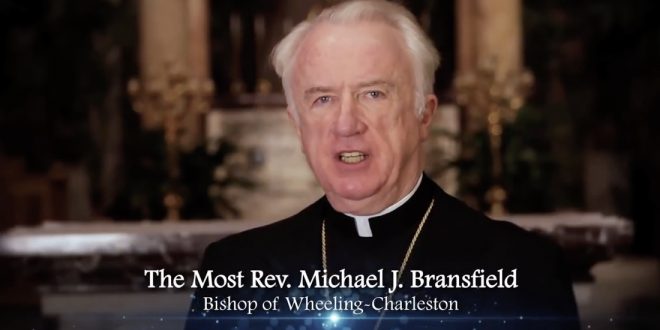 It was billed as a holy journey, a pilgrimage with West Virginia Bishop Michael J. Bransfield to “pray, sing and worship” at the National Shrine in Washington. Catholics from remote areas of one of the nation’s poorest states paid up to $190 for hotel rooms and overnight bus rides to the nation’s capital. Unknown to the worshipers, Bransfield traveled another way. He hired a private jet and, after a 33-minute flight, took a limousine from the airport. The church picked up his $6,769 travel bill.

That trip in September 2017 was emblematic of the secret history of Bransfield’s lavish travel. He spent millions of dollars from his diocese on trips in the United States and abroad, records show, while many of his parishioners struggled to find work, feed their families and educate their children. During his 13 years as the leader of ­the Diocese of Wheeling-Charleston, Bransfield took nearly 150 trips on private jets and some 200 limousine rides. He stayed at exclusive hotels in Washington, Rome, Paris, London and the Caribbean.

The Wheeling diocesan home of former Catholic bishop Michael J. Bransfield has been sold for $1.2 million, and the proceeds will be placed into a special fund to assist victims of sexual abuse in West Virginia. The Most Rev. Mark E. Brennan, bishop of the Catholic Diocese of Wheeling-Charleston released the information in a letter Friday to Catholics throughout the diocese.

The mansion originally belonged to William Weiss, a founder of the Sterling Drug Co. The late Bishop Joseph Hodges purchased the home in 1963 from The Linsly Institute for $63,000. Fire damaged the mansion in 2005 while it was being renovated for Bransfield before he was installed as bishop. A report prepared by the diocese revealed Bransfield spent $4.6 million on renovations to the house.

Earlier this summer the Vatican declined to defrock Bransfield despite all the financial excesses, including lavishing $350,000 in cash gifts on the young seminarians and priests he’d allegedly sexually harassed.

West Virginia Bishop Michael Bransfield spent millions of diocese dollars on lavish trips, while many of his parishioners struggled to find work, feed their families, and educate their children. https://t.co/ajVCmSBstN

If people are wondering why the Catholic church is dying, here’s a prime example: This is the Wheeling mansion that the now-disgraced bishop Michael Bransfield lived in while he was overseeing the Wheeling-Charleston Diocese. It sold recently for $1.2 million. Story soon to come. pic.twitter.com/3UUV5t33n7