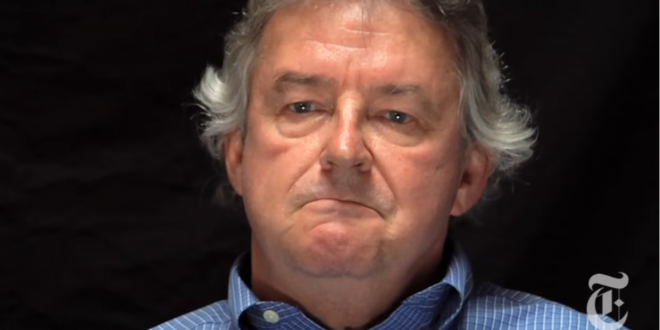 Diplomat Who Busted Bush On Iraq/WMDs Dies At 69

Joseph C. Wilson, the long-serving American diplomat whose clash with the administration of President George W. Bush in 2003 led to the unmasking of his wife at the time, Valerie Plame, as a C.I.A. agent, resulting in accusations that the revelation was political payback, died on Friday at his home in Santa Fe, N.M. He was 69. Ms. Plame said the cause was organ failure. Mr. Wilson served in numerous posts, many in Africa, in a 23-year diplomatic career that began in 1976.

One posting had been to Niger, and in 2002, by then a private citizen, he was asked by the C.I.A. to travel to that country to try to verify reports that Niger had sold a nuclear material, uranium yellowcake, to Iraq in the 1990s. At the time, the Bush administration was building to a crisis point with Iraq and its leader, Saddam Hussein, and among the issues was whether Iraq had or was developing nuclear weapons.

After eight days in Niger, which had been one of his first diplomatic postings in the 1970s, Mr. Wilson concluded there was no evidence that Iraq had obtained uranium and therefore would not be able to make weapons of mass destruction.

During the State of the Union address in January 2003, Bush said the opposite: “The British government has learned that Saddam Hussein recently sought significant quantities of uranium from Africa.” Under that pretext, U.S. military forces invaded Iraq two months later, resulting in a war that dragged on for years and claimed thousands of American lives.

In July 2003, Mr. Wilson wrote an op-ed column for the New York Times, “What I Didn’t Find in Africa.” “Having encountered Mr. Hussein and his thugs in the run-up to the Persian Gulf War of 1991, I was only too aware of the dangers he posed,” he wrote. But the Bush administration disregarded his findings about the uranium and instead relied on secondhand intelligence that was later shown to be incorrect.

Earlier this month Wilson’s now-widow Valerie Plame launched her 2020 campaign for the US House.

Deepest condolences to Valerie Plame & her two children on the death of former Amb. Joe Wilson. Joe was heroic–one of the *very* few voices advocating caution & more deliberation in the run-up to the misguided & disastrous Bush/Cheney invasion of Iraq.https://t.co/O3kUy71LD8

I spent many hours in green rooms in that period with Joe, as he crusaded, practically on his own, to prevent the war that would lead to the deaths of thousands of Americans and hundreds of thousands of Iraqi civilians.

He had been a tough foe of Saddam when stationed in Baghdad, but he knew this war would cause trouble and misery for the United States and the Middle East. Joe spoke out when so many others just went along for the ride after 9/11. That took a load of courage. It was not easy.

Then after the invasion, Joe did what he could so the Bush/Cheney crowd would not get away with their hyped-up, falsified, and fear-mongering WMD argument for the war. And he and Valerie were targeted for his efforts by Cheney and his handmaids.

They took those shots and moved on to a new life. I’ll remember him as a brave soul, who stood up when his peers and the pundits in DC were too scared to challenge the rush to war. We’ve always needed more like him. Rest your soul, Joe, and, damnit, thank you for your service.

Previous Mitch McConnell: If The House Votes To Impeach Trump, The Senate “Has No Choice” But To Conduct His Trial
Next US House Committees Subpoena Pompeo On Ukraine