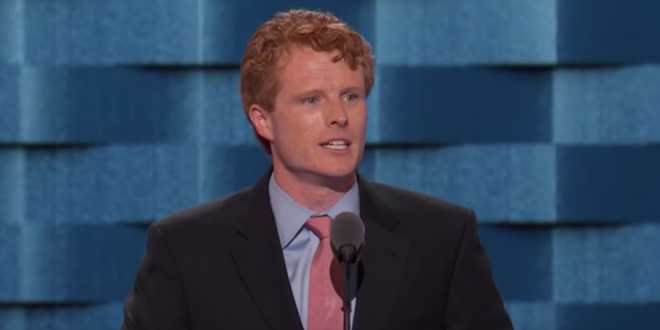 U.S. Rep. Joe Kennedy III formally declared his candidacy for the U.S. Senate on Saturday, becoming the first member of the Kennedy political dynasty to bid for the upper chamber of Congress since Edward M. Kennedy in 1962.

The Massachusetts Democrat formally announced his campaign in an email before a kickoff event in East Boston, where the Kennedy clan first settled after arriving from Ireland well over a century ago. “I’m running because our country is at a moment of truth,” Kennedy told supporters in the email. “Donald Trump has forced a long overdue reckoning in America. And how we respond will say everything about who we are.”

The 38-year-old Joe Kennedy will face 73-year-old incumbent Sen. Edward Markey in next year’s primary. A Kennedy-Markey contest will put more than a few high-profile Democrats in an awkward position, most notably Sen. Elizabeth Warren, the White House hopeful from Massachusetts.