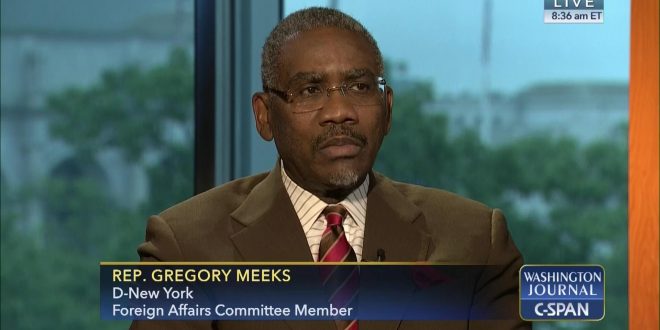 Dem Rep Calls On White House “Patriots” To Come Out

From an op-ed by Democratic Rep. Gregory Meeks:

Those of you who are still there, it is time to come out of the shadows. Our nation does not need covert agents of democracy. It needs intrepid whistleblowers willing to step forward and defend the institutions this president has dragged into the dirt with him.

The pattern is always the same. The president denies, he discredits, he admits, he distracts. He does this always with an air of indignation, because deep down he clearly believes he is entitled to do whatever he wants, whenever he wants. Through words and deeds, Trump has made that explicit.

Ultimately, that is what, if you’re still on the fence, should bring you over. Because whatever you, anonymous patriot, think you’re able to influence, whatever you think you know is happening in the White House, there is probably much, much more. It’s a risk none of us can afford.

Read the full essay. Meeks last appeared on JMG in December 2017 when he introduced a resolution calling of Congress to investigate Trump for sexual assault.