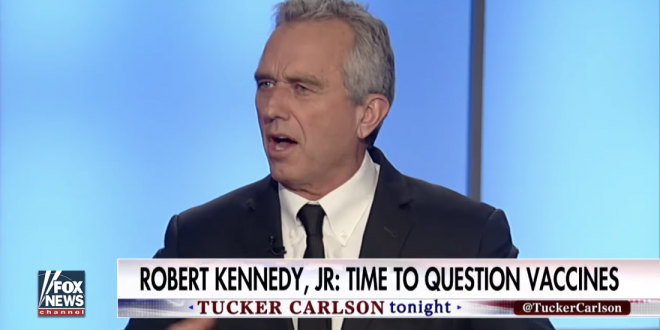 Deep Dive: How Anti-Vax Movement Took Hold In US

Though the situation may seem improbable to some, anti-vaccine sentiment has been building for decades, a byproduct of an internet humming with rumor and misinformation; the backlash against Big Pharma; an infatuation with celebrities that gives special credence to the anti-immunization statements from actors like Jenny McCarthy, Jim Carrey and Alicia Silverstone, the rapper Kevin Gates and Robert F. Kennedy Jr. And now, the Trump administration’s anti-science rhetoric.

“Science has become just another voice in the room,” said Dr. Paul A. Offit, an infectious disease expert at Children’s Hospital of Philadelphia. “It has lost its platform. Now, you simply declare your own truth.” The constituents who make up the so-called vaccine resistant come from disparate groups, and include anti-government libertarians, apostles of the all-natural and parents who believe that doctors should not dictate medical decisions about children

America may lose its “measles elimination” status from the World Health Organization. Here’s how the anti-vax movement took hold in the U.S. https://t.co/mgXXHUQqu2

Previous Politico: Dem Holdouts Rush Toward Impeachment
Next Two Trump 2020 Challengers To Debate Without Him