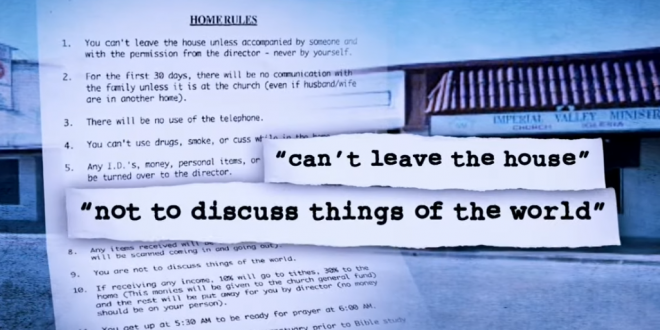 A dozen leaders of a California-based ministry have been indicted by a federal grand jury, accused of forced labor of mostly homeless people, a US attorney said.

Imperial Valley Ministries leaders recruited people by promising food and shelter, and instead forced them to beg for money for nine hours a day, six days a week and to give up their welfare benefits “for the financial benefit of the church leaders,” prosecutors said in a news release Tuesday that announced the indictment had been unsealed.

The ministry leaders will face charges of conspiracy, forced labor, document servitude and benefits fraud, US Attorney Robert Brewer said. The indictment alleges church leaders kept victims inside group homes with deadbolt locks only they had keys to and confiscated IDs such as driver’s licenses, immigration papers and passports to prevent victims from escaping.