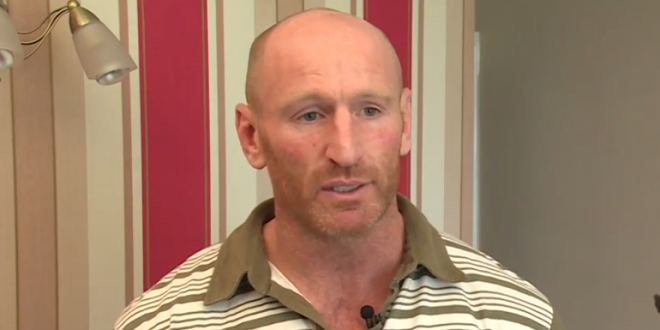 Former Welsh rugby captain Gareth Thomas has revealed he is HIV positive – and hopes coming forward with his diagnosis can help break the stigma for others living with the virus.

Thomas is thought to be the first UK sportsman to go public about living with the condition, and has revealed that he was driven to suicidal thoughts after being told he had the illness by a doctor during a routine sexual health check up.

The former British Lions captain, 45, who will be a TV pundit in the upcoming Rugby World Cup, added that he “broke down” when he got the news of his diagnosis. Speaking to the Sunday Mirror, he said: “I’ve been living with this secret for years. I’ve felt shame and keeping such a big secret has taken its toll.”

The former Cardiff Blues player won 103 caps and scored 41 tries for Wales between 1995 and 2007, and he is 13th on the all-time international test try-scoring list.

Last November, he was attacked in Cardiff city centre in a homophobic hate crime, but asked South Wales police to deal with the 16-year-old assailant by way of restorative justice.

The sportsman now takes one tablet containing four medications each day, and doctors have said his condition is under control to the point that it is considered “undetectable” and cannot be passed on. Mr Thomas said that his partner – Stephen – who he met after his diagnosis and married three years ago, does not have HIV.

Gareth spoke about his HIV status for the first time in a video he posted on his Twitter page, revealing “evil” people had “made his life hell” by threatening to go public with his condition without his consent.

He explained: “I want to share my secret with you. Why? Because it is mine to tell you. Not the evils that make my life hell by threatening to tell you before I do. And because I believe in you and I trust you. I’m living with HIV.

“Now you have that information, that makes me extremely vulnerable but it does not make me weak.” He added: “Even though I have been forced to tell you this, I choose to fight to educate and break the stigma around this subject.”