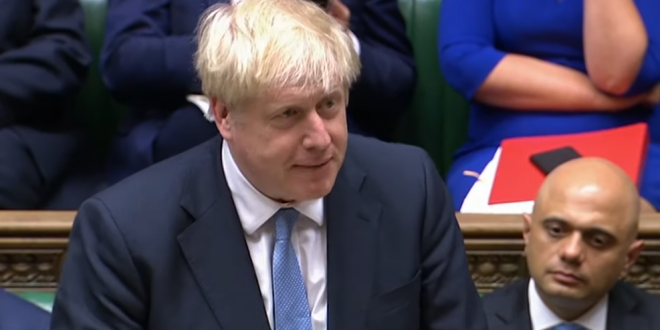 Tory MPs who vote against the government in the Commons this week will be chucked out of the party and banned from standing for the Conservatives at the next election.

Senior sources in government are confirming that plan was agreed by the prime minister and his enforcers – the party whips – in the splendour of his country pile, Chequers, on Sunday. It’s not just Westminster gossip – it is actually No 10’s plan.

That’s remarkable not just because Westminster is a place where rebellions are relatively commonplace, and backbenchers are permitted to express their opinion in such a way with the consequence being a rap on the knuckles, or a cold shoulder in the tea room.

Previous Dorian Stalls Over The Bahamas, US Evacuations Begin
Next Trump Rages About The “Crazy Lamestream Media”