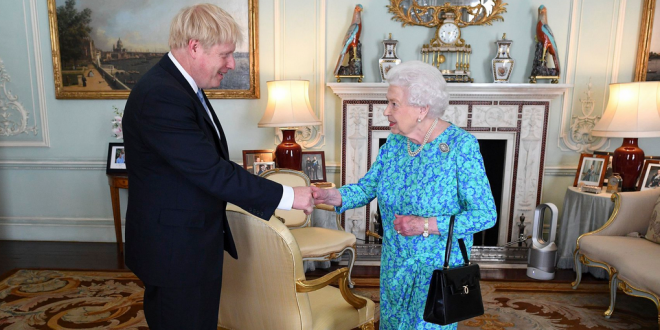 Boris Johnson has denied lying to the Queen over the suspension of parliament, insisting such claims were “absolutely not” true. Speaking on a visit to NLV Pharos, a lighthouse tender, which is moored alongside HMS Belfast on the Thames, he was asked if he had lied to the Queen when he asked her to prorogue parliament for five weeks.

He replied: “Absolutely not. The high court in England plainly agrees with us but the supreme court will have to decide. We need a Queen’s speech, we need to get on and do all sorts of things at a national level.” He went on to say he was “very hopeful” there would be a Brexit deal.

Johnson has repeatedly claimed he suspended parliament because he wants to introduce fresh legislation in a new session, but the Scottish court of session ruled Wednesday that the move was “motivated by the improper purpose of stymying parliament.”

The case was brought by a group of British lawmakers who say Johnson wanted to suspend the body to give them less time to scrutinize his Brexit plans ahead of Britain’s scheduled withdrawal at the end of October.