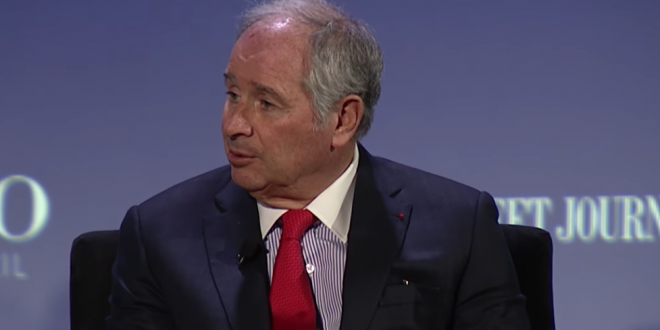 President Donald Trump is on tape saying he had a conversation with Blackstone Group Inc. founder Steve Schwarzman about former Vice President Joe Biden’s son. On Friday, Schwarzman’s spokeswoman disputed that account. Trump presented his version of events at a closed-door gathering with U.S. diplomats in New York this week, where he attacked Democratic rival Biden and disparaged a whistle-blower complaint now at the heart of an impeachment inquiry.

At one point, the president brought up Schwarzman, who has at times functioned as an intermediary between the U.S. and Chinese governments. Trump asserted that Biden’s son, Hunter, got the Chinese to contribute $1.5 billion for an investment fund. In a statement to Bloomberg, Jennifer Friedman, Schwarzman’s spokesperson, said that conversation never took place. “Steve was never asked by anyone, and has never had, conversations with the Chinese about Joe Biden or his family,” she said.

Previous Former Colleagues: Giuliani Should Be Prosecuted
Next Mick Mulvaney May Be First To Exit Post-Whistleblower