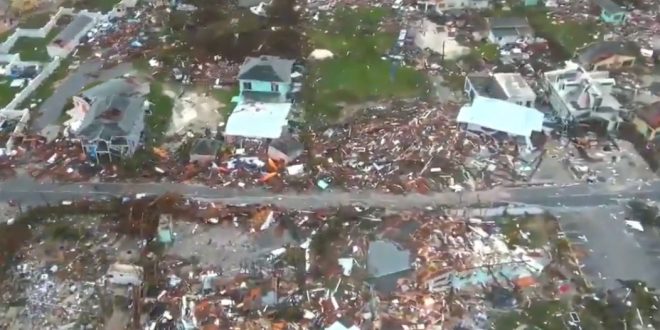 Hurricane Dorian delivered yet another night of slashing winds and driving rain to the already devastated northwestern Bahamas, and there appeared little hope of relief Tuesday as the deadly storm began slowly moving away from the islands.

Aerial video from Great Abaco Island, where Dorian made a second landfall, begins to provide an idea of how widespread the destruction is.

Dorian smashed homes into piles of debris as far as the eye could see. On houses that were left standing, the Category 5 storm ripped off roofs or tore chunks out of them. Water covers nearly every square foot of land. Yachts and 50-foot shipping containers have been scattered like toys. Floodwaters cover the runways at the airport in Marsh Harbour.