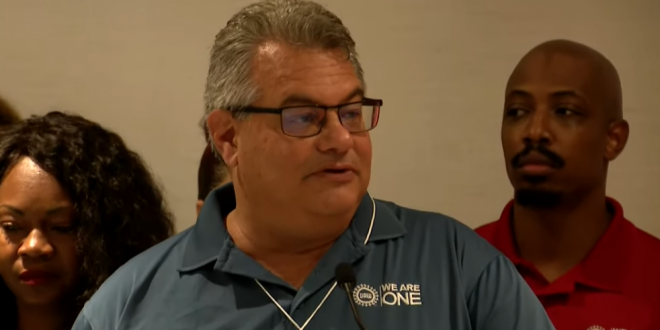 The United Auto Workers union plans to strike against General Motors following the two sides not reaching a tentative deal before a Saturday night deadline.

The strike, depending on its length, could easily cost GM hundreds of millions of dollars. The last time the union declared a strike at GM was in 2007. The two-day work stoppage was estimated to have cost the Detroit automaker more than $300 million a day.

UAW Vice President Terry Dittes, who oversees the union’s GM unit, made the strike announcement during a press conference Sunday morning in Detroit. The strike will take effect at 11:59 p.m. with roughly 48,000 workers heading to the picket lines.