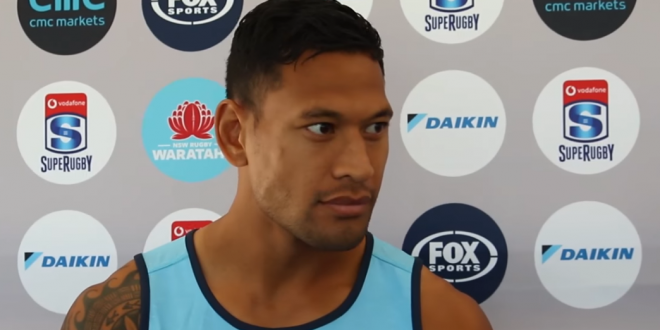 Australia on Thursday proposed legislation to protect people who express their religious faith outside of the workplace, a few months after Rugby Union international Israel Folau was sacked for posting on social media that hell awaited “drunks, homosexuals, adulterers”.

Attorney-General Christian Porter said the proposal would allow Australians to express their religious beliefs away from the workplace as long as it did not cause financial damage to their employer. Porter said the legislation was needed as the country’s anti-discrimination laws do not go far enough.

The bill sets forth criteria on limiting private religious expression. Businesses with a turnover of more than $50 million would be prohibited from enforcing limitations on a person’s religious expression in private, unless that company can somehow show it would cause “unjustifiable financial hardship to the business.”

Such a business would have to prove those limitations on their freedom of speech was necessary to avoid hardship, so they cannot be considered nondiscriminatory to an employee. Religious expressions that are malicious or incite hatred would not be protected under the new law.

Most would agree it’s wrong to discriminate against someone for the reason that they are of a certain faith – or, indeed, of no faith. But this bill goes much further than other discrimination laws and weakens existing protections for LGBTIQ+ people, women, people with disabilities, and those from diverse racial and cultural backgrounds.

The month-long consultation process for the bill must be used to make key changes, or our discrimination laws will end up privileging people of faith above all others. The bill contains various other provisions that go far beyond the scope of existing discrimination laws.

Section 8 prohibits any rule imposed by an employer on a health practitioner that would require them to perform services to which they have a religious objection. This could allow doctors to refuse to perform abortions or to perform any services for LGBTIQ+ people.

The bill is apparently the work of the anti-LGBT “Christian think tank” Freedom for Faith, which has appeared on JMG in the past.