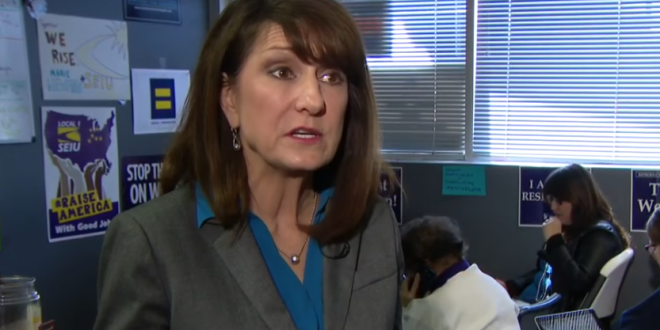 This is actually great news:

Representative Alexandria Ocasio-Cortez plans on Tuesday to announce her endorsement of Marie Newman, a progressive candidate seeking to oust Representative Daniel Lipinski, a conservative-leaning Illinois Democrat, marking her first move of the 2020 campaign cycle to back a primary challenger to an incumbent.

Ms. Ocasio-Cortez’s high-profile support amounts to a powerful seal of approval, telegraphed to her legions of ardent liberal fans, on behalf of Ms. Newman, and a reflection of the zeal of the party’s progressive left to leverage its nascent power to continue targeting sitting Democrats.

Mr. Lipinski, 53, bills himself in his campaign ads as “a workhorse, not a show horse,” and the eight-term congressman, who opposes abortion rights and voted against the Affordable Care Act, has repeatedly expressed his concerns that it is “detrimental” for the party to push out conservative lawmakers.

Earlier this summer, Lipinski was the lone Democrat in Congress to support a boycott of Nike.

In May, Lipinski finally agreed to vote for the Equality Act after being the only House Dem not to cosponsor the bill.

In 2015, Lipinski was the only House Dem to cosponsor the so-called First Amendment Defense Act, which would legalize anti-LGBT discrimination nationwide.

His 2018 GOP challenger was literal Nazi and Holocaust denier Arthur Jones. In the primary, he beat Newman by a slim 2000 votes.