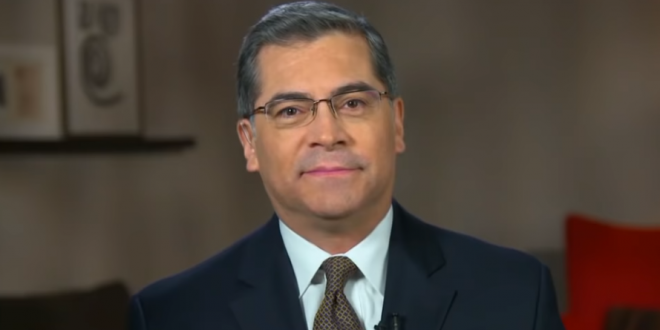 California and 22 other states sued the Trump administration Friday over the federal government’s revocation of California’s authority to impose stricter limits on greenhouse gas emissions from cars. The suit came a day after federal officials formally revoked California’s powers under the federal Clean Air Act. Gov. Gavin Newsom, Attorney General Xavier Becerra and other state officials had vowed to challenge the decision in court.

Besides 22 other states, the cities of Los Angeles and New York and the District of Columbia joined California in the lawsuit. The suit, filed in U.S. District Court in Washington, D.C., marks the 60th lawsuit by California officials against President Donald Trump’s administration, and state officials expressed confidence they can overturn the decision. They said in the Clean Air Act that allows the federal government to revoke the state’s authority once it’s been granted.

Leading the suit is California Attorney General Xavier Beccera, who sends us this via press release:

Two courts have already upheld California’s emissions standards, rejecting the argument the Trump Administration resurrects to justify its misguided Preemption Rule. Yet, the Administration insists on attacking the authority of California and other states to tackle air pollution and protect public health.

The Oval Office is really not a place for on-the-job training. President Trump should have at least read the instruction manual he inherited when he assumed the Presidency, in particular the chapter on respecting the Rule of Law. Mr. President, we’ll see you in court.