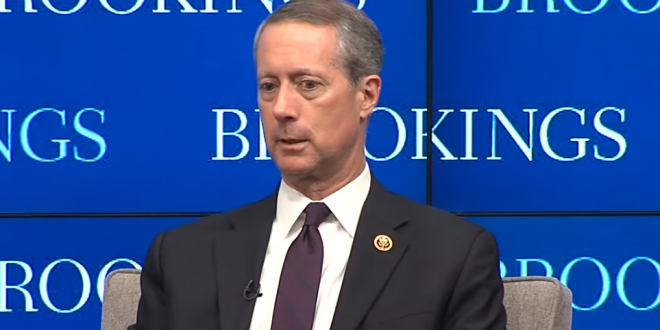 U.S. Congressman Mac Thornberry (TX-13) released the following statement: “It has been a great honor to serve the people of the 13th District of Texas as their congressman for the last 25 years. They have given me opportunities to serve the nation in ways I could have never imagined, including as Chairman of the House Armed Services Committee.

“We are reminded, however, that “for everything there is a season,” and I believe that the time has come for a change. Therefore, I will not be a candidate for reelection in the 2020 election.

“With over a year to go, I will continue to represent the people of the 13th District to the best of my ability. Our nation faces many difficult challenges, and none of us can relax our efforts to meet and overcome them, whether at home or around the world.”

The Panhandle native, elected to the U.S. House in 1994, is one of the longest-tenured Texans in Washington from either party. He’s spent the last three terms as the top Republican on the powerful House Armed Services Committee, serving as chairman for two of those terms.

But the congressman’s departure isn’t a total surprise. Thornberry is term-limited as the top GOPer on Armed Services, meaning that his influence was already set to wane. A spokeswoman in August was noncommittal about his future. The lawmaker himself in early September declined to say if he would run again.

Though Thornberry’s voting record shows stalwart support for President Donald Trump, the Texan pushed back a few times against the commander in chief’s policy ideas. Some of that tension has come over Trump’s efforts to build a wall along the U.S.-Mexico border.

BREAKING: Texas Rep. Mac Thornberry, the top Republican on the House Armed Services Committee, is not running for reelection https://t.co/YEBCCEJnNI

The Texodus continues as GOP Rep. Mac Thornberry announces his retirement from #TX13. He’s the 17th House Republican to announce he’s not running for re-election compared to 6 Dems, and 6th from Texas alone.