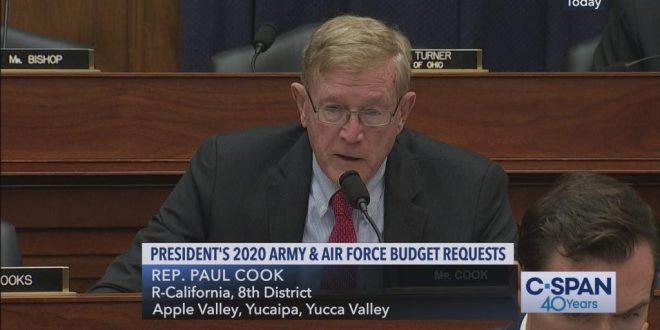 Four-term California Rep. Paul Cook is retiring from Congress to run for county office instead, continuing the stream of Republican House members heading toward exits.

Cook’s chief of staff John Stoebel told the LA Times that Cook plans to run for the San Bernadino County Board of Supervisors. Stoebel did not immediately respond to a request for comment.

Cook is the 13th House Republican to announce his or her retirement so far. Like several of his colleagues who are retiring, serving in the minority has been a new experience for Cook. He was first elected in 2012 after serving in the California Assembly.

Cook’s one appearance on JMG came in February 2018 when far-right troll Mike Cernovich said he was considering a run for Cook’s seat should he retire.