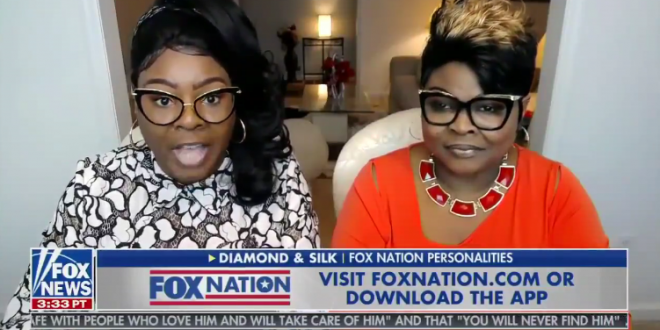 Zircon & Burlap: Why Should We Have Background Checks When We Didn’t Ban Planes After 9/11? [VIDEO]

“See the way we feel, one of the biggest mass killings happened right here in the United States. With 9/11. Where over 3,000 people lost their lives — innocent people.

“And in all of these scenarios, somebody has to pick up something. Criminals don’t care about no background checks.” – Zircon or Burlap (still don’t know which is which), dutifully parroting their Glorious Leader on Fox News.

The duo last appeared on JMG for claiming that “millions of thousands are being killed by illegal aliens.” Before that, they claimed that Hillary Clinton sold “all the uranium” to Russia and “now they have nuclear weapons.”