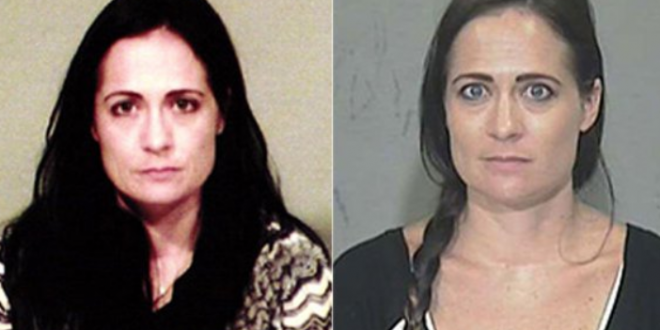 Being Donald Trump’s spokeswoman can drive a person to drink, but Stephanie Grisham had a record of drunk driving long before she got the job in June. Mugshots from 2013 and 2015 show the repeat offender after a pair of arrests in central Arizona that happened two years apart.

According to cops, Grisham also had a loose relationship with the truth before becoming White House spokesperson. During her 2013 arrest outside Phoenix, Grisham, driving on a suspended license, told police she hadn’t been drinking, then blew a .105, which earned her a DUI.

She told cops she’d earlier taken a Xanax after they reportedly pulled her over for speeding in an SUV and smelled booze on her breath, which she denied. Grisham pleaded guilty and the penalty was reduced to reckless driving. She pleaded guilty again after being busted behind the wheel in 2015 and sentenced to a treatment program.

Mugshots of White House press secretary Stephanie Grisham after not one but TWO drunk driving arrests In 2013 she drove with a suspended license, then lied about having been drinking. In 2015, she was busted behind the wheel again.#Kakistocracyhttps://t.co/y2WKPouuT0