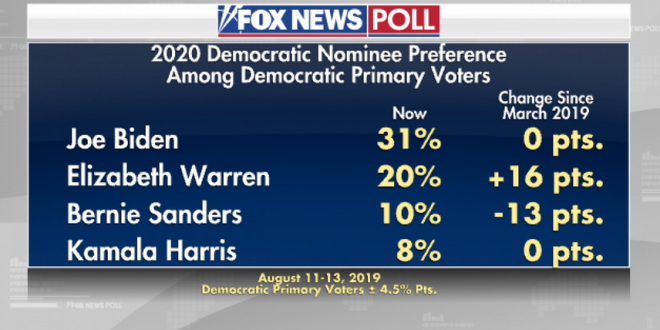 In the first major shakeup to the lineup, Elizabeth Warren moves ahead of Bernie Sanders to claim second place behind Joe Biden in the Democratic nomination race. In addition, primary voters sharply divide between embracing former President Obama’s legacy and taking a new path.

A new Fox News Poll finds Biden continues to lead the nomination race with the support of 31 percent of Democratic primary voters. Next is Elizabeth Warren at 20 percent, Bernie Sanders at 10 percent, and Kamala Harris at 8 percent.

Warren’s gains come at Sanders’ expense, as she’s now the favorite among primary voters under age 45 as well as those who identify as “very” liberal. Since last month, Warren is up 12 points among the under 45 crowd, while Sanders lost 10. And her support increased 18 points among very liberal voters, as backing for Sanders dropped 16. 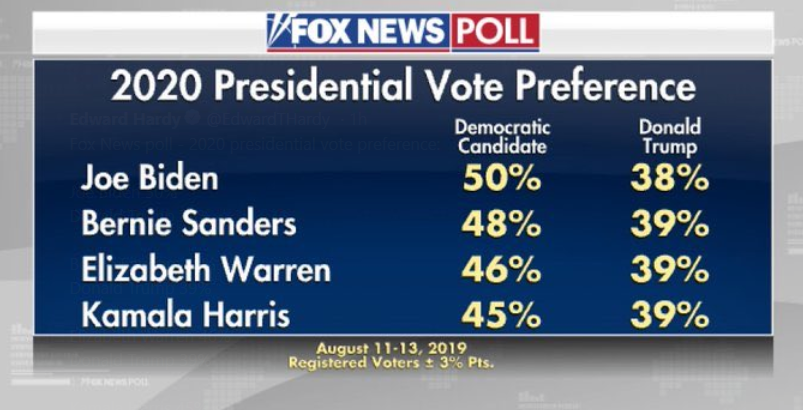