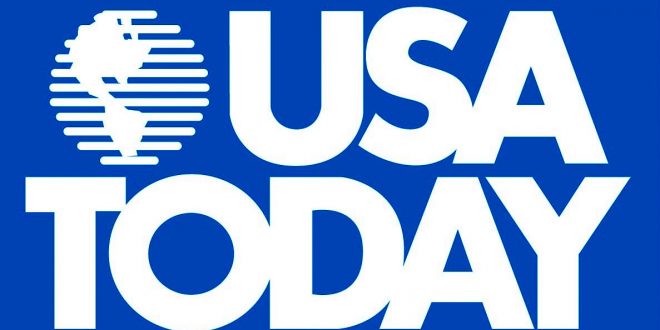 USA TODAY’s headquarters in McLean, Virginia was being evacuated Wednesday amid a heavy police presence after police reported a man with a weapon at the suburban Washington building.

Alarms sounded at the building as police squad cars converged on the scene. Law enforcement officers with rifles and body armor were patrolling the area and a helicopter hovered overhead. Fairfax County police tweeted around noon that they were responding to reports of a man with a weapon at the building. Officials provided no other details.

Police warned people to avoid the area, which is near the Capital Beltway, major regional malls and office buildings. The headquarters building houses non-newspaper offices. Hundreds of office workers were herded outside by police.

We have evacuated the @USATODAY headquarters in McLean, Virginia, after reports of someone who may have had a weapon in the building. pic.twitter.com/EF8DJQCqsN

Breaking: Fairfax County police say they are responding to reports of a man with a weapon at the Gannett Building in McLean. The building, which houses USA Today, has been evacuated https://t.co/ugKbf1yM1w